Upon checking my site (for the first time in a while!!) I noticed there was a hacker on my site who luckily did not do anything to the site beside make some new posts about random essay writing and other things with links. If you ever see any extensive post with links not written by me… Do not click Any links!

Luckily no malware or viruses were found on there.

An update for me, I am in the middle of the first, 3rd year semester of Chemistry. It’s busy!

I’ve been into a really good routine of going to bed around 10pm and waking up at 5am to gym! I’m feeling great and I hope you are too. 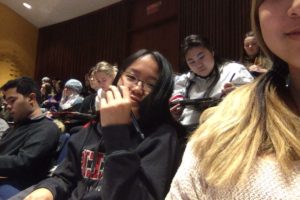 Click the title of the post or one of the small art square samples to go to a page where you can leave a reply. 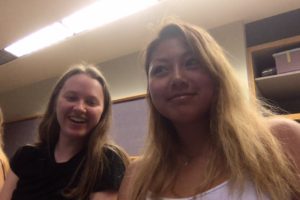 With my home-slice Kristen though so it’s chill.

Chem 212 and 211 are very interesting. I’m also really enjoying BCHM 218 and the material overlaps with what i’m learning in my other chem classes.

Got back to Kingston, ONT last Saturday (7/25/18) and finally got some wifi TODAY!

Haven’t been doing much but gym, library, super smash bros, and meal prepping. I’m trying to enjoy the last days of summer before school starts in 5 days!

This website is an interactive, colourful, and informative website that helped me in Chemistry 112/113 tremendously. Especially since my high school didn’t teach me about Orbitals but this website taught me better than my university professor and the exam prep course teacher!

The markers were being rather difficult, erasing instead of drawing.

To my general knowledge with the help of many unreliable sites, I have summarized or otherwise “dumbed-down” the events which lead to the very existence of our universe – mostly the formation of nucleons and atoms.

So – We begin 13.8 billion years ago where a small singularity rapidly (and I mean rapidly) expanded into what we know as the universe and continues to expand today.

Of course, it didn’t just suddenly birth our planets, the sun, and an infinite amount of other galaxies in this one expansion. It started with hot plasma. The plasma we are talking about is not the lava plasma stuff, it’s actually atoms without electrons – essentially ions, very small and quick lived substance that resulted in cooling – Y’know, because the universe is big and all and the heat form it was pretty much sucked out of it and distributed around.

Then, a WHOPPING 10^-12 seconds after the Big Bang, the cooling of the plasma triggered the formation of the substances: QUARKS. Look up the details if your interested because I didn’t.

** At this point, the universe is freezing because there is not enough heat to keep the universe/space at a comfortable temperature.

Nucleosynthesis happened and the first, and definitely not the last, nucleus was formed.

SO, now we are three minutes after the Big Bang happened and we have the first atom: HYDROGEN! The universe consists of 90% Hydrogen.

Now there is Helium.

Eventually, the other elements of the periodic table are formed when different combinations of nucleon numbers and electrons join.

4.5 billions AGO/ which is 9.3 billions years after the Big Bang, the sun was born as a great, energy releasing star of Hydrogen and Helium. It was thought that a cluster of similar smaller stars of the same age and composition fused to create one big star, the sun.

After the sun’s birth, the strong and orbital rotations of gravity pulled debris and elements together creating the planets.

That brings me to the conclusion of my very incorrect but easy to follow thoughts on how the universe and atoms came to be. Hopefully, you know the rest.

This site is kinda random but if you are looking for some killer workouts or yummy and tested recipes… or art.. this is the place!

Here is my little blog I update infrequently where you can learn more about me and my hobbies.